15 Insane Identity Theft Statistics to Keep in Mind in 2022

15 Insane Identity Theft Statistics to Keep in Mind in 2022

It seems like only yesterday the word “theft” brought to mind visions of home breaches or street muggings. While these weren’t exactly harmless, they were at least evils we could see. With ID theft the new big thing, similar risks are largely out of sight.

As a quick look at the latest identity theft stats reveals, breaches can now come from all angles, and controlling them isn’t as easy as installing CCTV. As we share ever more data online, we’re all increasingly at risk of third-parties.

While identity theft statistics may be enough to put the fear in you, they’re crucial to consider. Understanding the numbers behind crimes like these is, after all, our best chance at staying safe!

So, if you’re to have any chance of protecting your data and yourself, you’re going to need to come with us into the dark underworld of ID theft and beyond.

Getting a Feel for Identity Fraud

This somewhat untested landscape can make it tricky even for experts to get their heads around. That said, we’re collating identity theft data at a fast pace. Taking the time to understand those figures could be your best chance of staying safe no matter what.

1. Around 1 in 15 people experience some form of identity theft.

As we increasingly rely on our online efforts for everything from work to personal communications, 1 in 15 of us face the threat of identity theft each year.

This is perhaps the most sobering fact to consider, as it brings home how common identity theft is at the moment.

If you’ve been wondering how often identity theft occurs, then this is your answer:

We’re all at significant risk.

Of the total number of fraudulent activities, 53% were general frauds, while 20% were actual identity theft claims.

According to the Federal Trade Commission, around 650,572 U.S. citizens suffered from identity theft in 2019.

This means that a huge number of Americans can expect to see their IDs used fraudulently on an annual basis.

This tends to be the identity theft that gets our hearts beating the most, and the fear clearly isn’t unfounded!

According to the numbers, this is the issue in over a third of cases, making it the most common type of ID fraud. That’s hardly surprising, though, is it? What you might find a little more disconcerting is the fact that the list then continues with:

The picture looks especially bleak in the US, given that:

4. Americans are 50% more likely to have their identities stolen.

Sorry to say it, but identity theft numbers consistently point back to American citizens as the highest risk.

Perhaps unsurprisingly for one of the most technologically advanced nations, online fraud statistics reveal that ID theft is up to around 33% in the US.

That said, America isn’t the only location feeling the sting of cybercrime. In fact:

5. There are an average of 174,523 incidents of identity fraud yearly in the UK.

According to the latest records in 2017, the UK isn’t invincible to pretty high cybercrime statistics either.

Perhaps more worryingly, this is a shocking 125% rise in UK activity since 2007.

On a wider scale:

6. According to the most recent identity theft statistics, there were 41,502 data breaches across Europe between mid-2018 and early 2019.

Europe is an area of interest when it comes to identity theft trends thanks to full-scale GDPR compliance efforts to tackle the issue.

Rolled out in May 2018, this regulation was supposed to limit the data companies collect and so the risk individuals face from data theft.

But did it work?

41,502 might seem like a high number, but it isn’t as bad as you’d imagine. By encouraging careful practices and more open reporting of breaches, this regulation is a significant step towards ID theft prevention.

GDPR also has the benefit of making us all more aware of the risks we face when we share information online. That said, most of us still have a lot to learn.

The True Cost of Identity Theft

While these general stats can be useful, they don’t paint the most complete picture of identity theft possible. That could still leave you with many questions, most notably:

What is the true cost of identity theft?

7. The global average costs per data breach are around $3.86M.

According to online fraud and scam statistics in 2018, every data breach now costs close to $4 million on a business-wide scale.

This is a rise of 6.4% since expenses were last reported.

While high costs aren’t such a big deal for businesses, financial fraud statistics also reveal that individual cases leave victims out of pocket by as much as a whopping $1.7 billion worldwide.

Luckily, there are certain protections in place in most instances, including the Identity Theft Resource Center.

However, the same rules don't apply for business breaches, which can cost a great deal without help. A fantastic example of this is the fact that:

The 2017 Equifax breach was the worst of its kind and led to the exposure of data from 147 million consumers. Whoops!

The $650 million settlement Equiface agreed to in the aftermath is the largest in history, and it proves just how much ID theft can cost on a wide scale.

The good news is that $300 million of that money went directly to the consumers. It just goes to show that it pays to keep your information as safe as possible at all times!

The federal trade commission reports a staggering amount of personal losses to individuals and households for 2019.

Of the total number of identity thefts, the highest number of fraud reports were documented in the second quarter of 2019, recording a staggering amount of $169.8 million in losses.

This shows an inclination toward fraudulent activities during the Spring season when people are becoming less careful and are often caught off guard.

However, the highest amount of losses was recorded in the third quarter, with reported figures of $181.1 million for a total of 184,102 fraud reports during the same period.

11. Families paid an estimated $540 million due to child identity theft.

According to a report from Javelin Strategy and Research, families pay over half a billion dollars due to child identity theft.

This is perhaps one of the most worrying ID theft statistics for any parent to come across, and it leads us nicely onto the next and final section of this article.

Now you’ve got a better idea of how ID theft happens and the costs it can entail, it’s time to consider who’s at risk. By understanding this, you can better protect yourself and your loved ones. Given the costs mentioned in the fraud statistics cited above, that’s guaranteed to be a good thing!

12. Over one million children fall foul to identity theft every year

According to the latest cybercrime statistics from 2017, an average of 1 million children fall foul to identity theft every year.

In addition to accounting for the high family costs above, stats like these paint a bleak picture surrounding the worrying fact that child identity theft often fetches higher prices on the black market.

It’s also fair to say that children can be easy targets for experienced criminals, especially considering that:

Young people love social media, but so do cybercriminals! In fact, individuals using these platforms face a significantly higher risk due to social media identity theft. That’s a concern everyone should be aware of.

While this stat may suggest kids face the highest risk, anyone who loves to share their life online should be careful.

Even in cases where social media theft doesn’t lead to any financial repercussions, 77.3% of victims from crimes like these report significant emotional distress.

Facebook, our favorite social network, is most definitely the top contender for breaches, identity theft stats tell us. In the Cambridge Analytica scandal, for instance, hackers bought tokens to access an astonishing 50 million accounts!

Of course, computer crime statistics aren’t the only risk we face, considering that:

Nearly one-fifth of reported yearly cases of identity theft in the US involve senior citizens, with 35% of broader fraud complaints coming from this age group.

High trust levels and technological confusion are often used against elderly individuals to gain access to information, including card details. Retirement statistics show that this can lead to bank fraud that puts pensions and more at risk, and criminals needn’t even expend half the effort they might when targeting other at-risk groups.

There are countless benefits to shopping online. It’s convenient, you can find the best deals, and you can buy stuff from all over the world.

The problem is that, as more of us turn to ecommerce, online shopping identity theft is very much on the rise.

Perhaps the good news here is that 78% of ecommerce shoppers notice fraud within a week of their purchases. But, even that’s little reassurance in the face of internet crime statistics like these.

The simple fact is:

Anyone shopping online is at a significant risk of ID theft issues, according to the latest identity theft stats. And, given that most of us now do at least some of our spending on the Web, we all fall into the high-risk category for breaches that could cost us much more than a single purchase!

While your brain might feel like a soup of worrying facts right now, you must make sense of what you’ve read while it’s fresh in your mind. The key takeaway from this article? ID theft is a real and very possible risk that every single one of us faces. Yet, given the potential costs involved, it’s something we should all do our best to avoid!

If these identity theft stats have taught you anything, it should be that cybersecurity needs to be at the front of your mind. That means updating your antivirus software and taking the time to come up with a new password for everything you do online!

Given that kids and seniors are also prime risk groups take the time to inform them of everything you’ve learned.

Use these identity theft statistics the right way, and they might just keep the whole family safe from fraud for years to come! 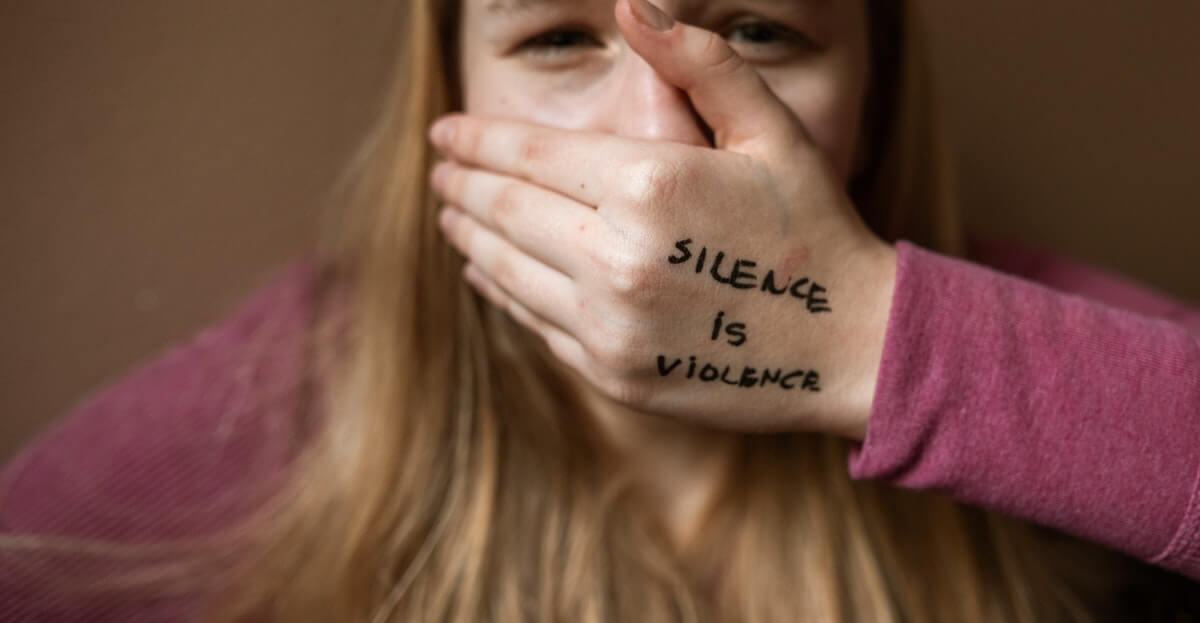 Criminal Justice Resume - How To Write the Perfect One