The size of the paycheck is one of the more distinctive features of being a lawyer. That’s because the compensation is often generous. But some legal markets are bigger than others, and if you’re fresh out of law school, you’ll probably have to endure some rigorous training before earning the big bucks.

So, how much do lawyers make, and is every law career equally lucrative?

It’s important to note that most prospective lawyers begin assessing their career goals even before applying to law school. They already have a pretty good idea about the field of law they want to practice and the legal matters they’re most interested in.

The following article will start with the basics and then delve into different factors that affect salaries for jobs in law. This information will enable you to make a more informed decision on whether this career is the best fit for you, as well as which field to pursue.

How Much Do Lawyers Make a Year?

Being a lawyer comes with a few perks, and one of those is the monetary compensation for your work.

According to the US Bureau of Labor Statistics, the average lawyer salary is just over $126,000 per year. That translates into a median pay of exactly $61.03 per hour. That’s not bad for an industry that has more than 800,000 jobs and is projected to grow by 9% by the end of the decade.

Of course, those who are just starting their careers in law tend to make a little less money. The lowest recorded annual salary of a lawyer in the United States is around $61,500. Although that’s significantly lower than the national average, very few jobs in this profession pay that little. Meanwhile, some lawyers make more than $200k a year. The top lawyer salary hovers around $208,000.

It’s worth noting that these instances are rare and apply only to a small percentage of all employees, usually those with a law degree from one of the top schools accredited by the American Bar Association (ABA). In most cases, the salaries are closer to the national average.

When it comes to paychecks, there are some obvious discrepancies between different types of lawyers. There are many different fields in law, which is also reflected in how much lawyers earn. In other words, some career paths lead to better-paying jobs than others. Some lawyers don't have set monthly incomes, either, and make most of their money through contingency fees.

The latest data shows that you don’t necessarily have to be a trial attorney to be the highest-paid lawyer. Some of the highest-paid specialties include medical lawyers and intellectual property lawyers - patent attorney jobs that are in high demand at a time when many tech companies need help protecting their inventions. Here are the highest-paying law jobs according to the US Bureau of Labor Statistics, along with the annual mean wage for each:

It’s worth noting that these industries don’t employ a lot of lawyers right now, accounting for less than 1% of employment in the legal profession. So how much do lawyers make in more crowded industries? Although the differences in paycheck aren’t that drastic, the medians don’t reach the $200,000 mark.

Aside from industries and different fields of law, there’s another important factor affecting the salaries - location. This relates to where you decide to practice law, regardless of whether you're, say, an intellectual property attorney or one dealing with legal proceedings related to medical malpractice.

Finally, many law students will have to deal with student debt right after or a few years following graduation, as well as various fees for the necessary certificates they'll be expected to acquire. This greatly affects their choices among job prospects: For example, a law graduate may first work as a paralegal or legal assistant for a few years to earn enough money to pay for continued education.

Americans working in the same industry don’t earn the same salaries across the country. This is also true for law jobs where annual salaries tend to vary wildly. For example, lawyers in Montana can earn $13 per hour, while their colleagues in Massachusetts earn $31 per hour.

When looking at the bigger picture, it’s more important to ask, how much do lawyers make on an annual basis? Here, the clear winner is Washington D.C. On average, law jobs can earn you $197,100, which is considerably more than in most states. California sits right below Washington and is the second-best option for lawyers who are chasing big salaries.

In California, the average of $179,470 per year isn’t that different from Washington DC Considering the fact that California lawyers have their hands full working with the entertainment industry and tech startups, it’s no wonder it ranks so high on the list. It also employs a higher number of lawyers than any other individual state - more than 84,000. Washington DC is fifth on that list with 31,000 lawyers.

Other states with the highest-paid lawyers include New York with $174,060 per year, Massachusetts with $169,120 a year, and Connecticut, where lawyers earn $158,190 a year. Aside from California and D.C., the states that employ the most lawyers are New York, Florida, and Texas.

So how much do lawyers make in Texas? The salary is very close to the national average - $142,730 a year. In Florida, the average salary is slightly lower, but it’s still a decent $139,160 per year.

At the other end of the spectrum, there are states where this high-profile profession brings in less money than the national average. Lawyer salaries are lowest in Louisiana ($52,800), Nevada ($56,000), and New Mexico ($57,500). But there’s a silver lining - in most states, there isn't as much competition for these jobs as in the top-ranked ones. That means that applicants still have a pretty good chance of finding a well-paid job in law.

The attorney vs. lawyer showdown highlights a few notable differences between the two. For starters, lawyers aren’t necessarily practicing law while attorneys are. There is also a difference in how much they’re paid.

According to Glassdoor, the average base attorney salary is $112,600 per year. A deeper look reveals that contract attorneys and tax lawyers earn just over $100k, while an attorney employed for in-house counseling earns $117k. On the downside, personal injury attorneys earn some of the lowest annual salaries - $76,706 is the expected base pay.

That doesn’t mean all attorney salaries sit under $120k. The federal government pays an average of $150,000 per year, and attorneys at the US Department of Justice can expect slightly over $163,000. There are also many attorney job openings with salaries well above $200,000.

Attorneys that prefer contractual work and hourly pay can expect between $30 and $40 per hour in most cases. In short, the data concerning the average attorney salary tells us that this is a lucrative and exciting career choice for anyone who is passionate about the law.

The Average Salaries of Lawyers in Small and Big Law Firms

Unlike big corporations in other fields that are known for keeping salaries low in order to hire a larger and cheaper workforce, big law firms are a great place for those who want a lucrative career in law.

Any law firm that employs more than 500 attorneys is considered big. According to the latest data, a lawyer starting at a big firm in one of the major American cities earns a starting lawyer salary of $190,000. But in smaller firms, those numbers drop considerably. A median salary in a small law firm starts at $73,000. That means the lawyer pay is less than half than what you would earn at larger firms.

Of course, both options offer their own set of advantages and disadvantages. While large law firms offer high paychecks, they’re usually significantly more stressful to work at. Getting and keeping these jobs is also a lot tougher, as many lawyers compete for these positions and work towards becoming the highest-paid lawyers.

Law careers have always been some of the most lucrative in the United States. Depending on their location and specialty, lawyers can make as much as $200,000+ a year, which is considerably more than people make in most other professions. And although that figure applies to some of the top players, the average salary of a lawyer is still very high, even for entry-level positions.

What type of lawyers make the most money?

Lawyers representing big brands and corporations typically earn more than their colleagues. The highest-paid professions include medical and intellectual property lawyers as well as trial and tax attorneys. Of course, for many lawyers, this line of work isn’t just about the money, but passion about the law and a strong belief that everyone has the right to due process. A good salary is just an added bonus.

How much do lawyers make an hour?

An hourly rate for a lawyer, like with any other profession, depends on several factors, including where they practice law. The median hourly salary is $61.03 per hour. The hourly salary can go well below $30, but also above $90 in some cases.

Are all lawyers rich?

No. But a law career is a good choice if you’re interested in a good salary. A lawyer's salary in the US depends on many factors, including their level of experience, education, the type of law job, and whether a lawyer is self-employed or part of a law firm. And while some lawyers are very rich, getting to a point where you’re earning a lot of money takes time.

Is law a good career?

If money is your primary concern, you'll be happy to hear that the average annual lawyer salary is just over $126,000 per year. Depending on the level of expertise and the field of law, that figure can go as high as $230,000 per year. In other words, a career in law is one of the most lucrative in the United States.

How much do lawyers make an hour?

An hourly rate for a lawyer, like with any other profession, depends on several factors, including where they practice law. The median hourly salary is $61.03 per hour. The hourly salary can go well below $30, but also above $90 in some cases. 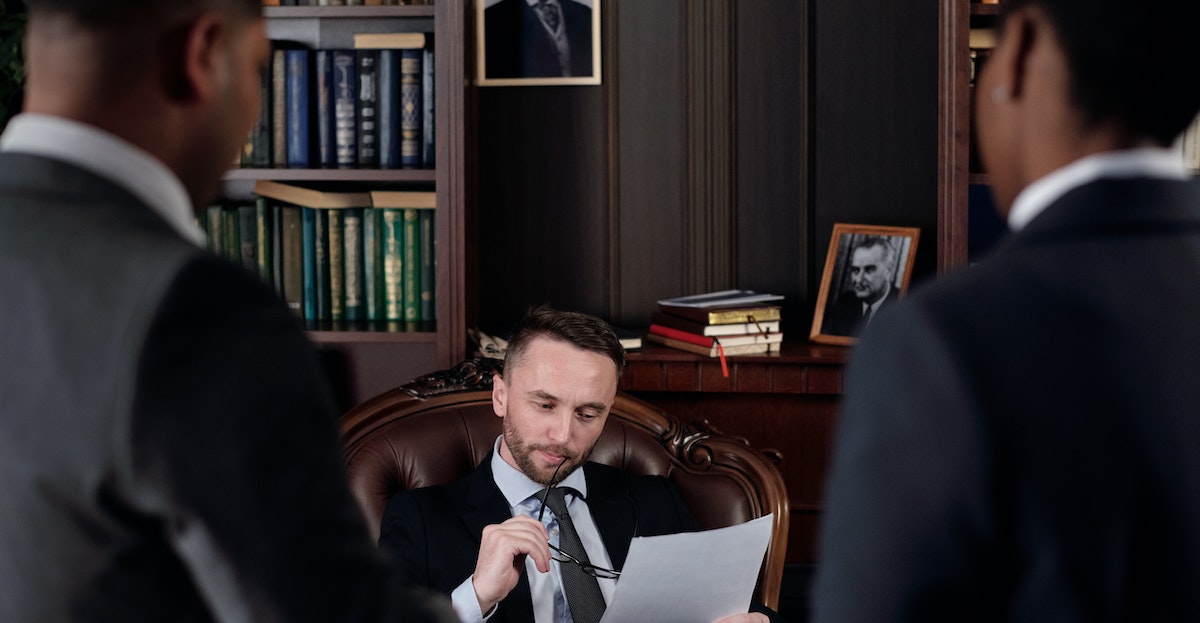 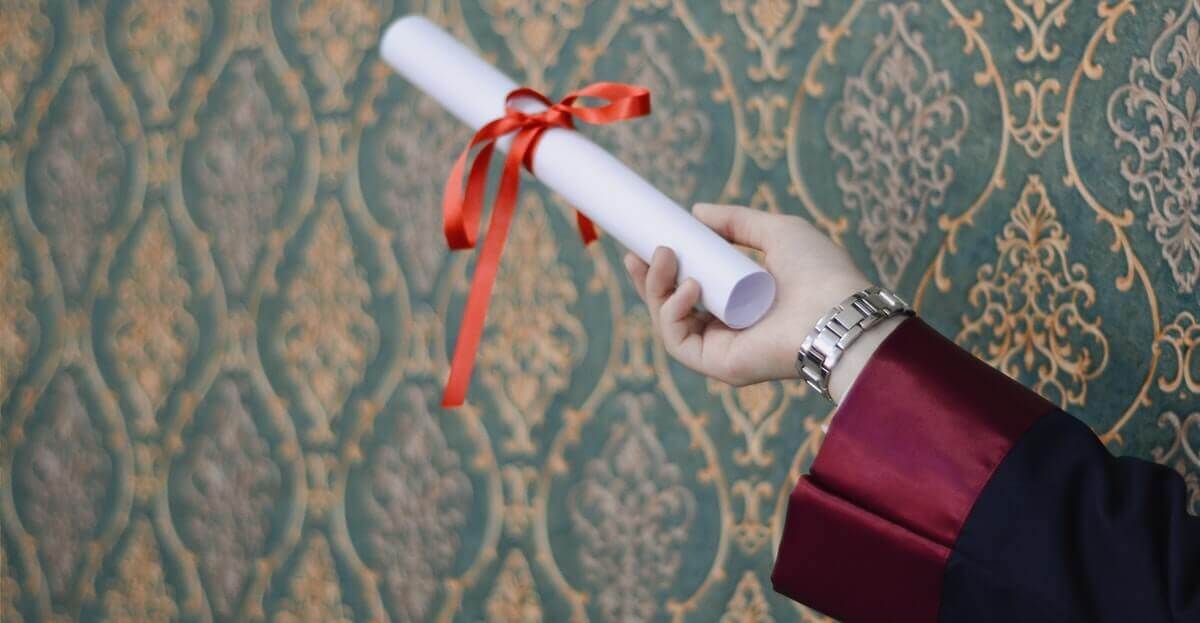